Get this course today!
It's hard on your body, pain is common, and many athletes suffer life-altering injuries in training and competition.
However, you can minimize these risks. And you can do that by:

-Training in a smart, mindful, and efficient way
-Optimizing your body performance through resistance training & nutrition
-Keeping your body loose and mobile through mobility training

Of course, actually doing these things isn't simple... Because a lot of BJJ athletes don't know what to do for BJJ longevity and performance.

That's where we jump in. 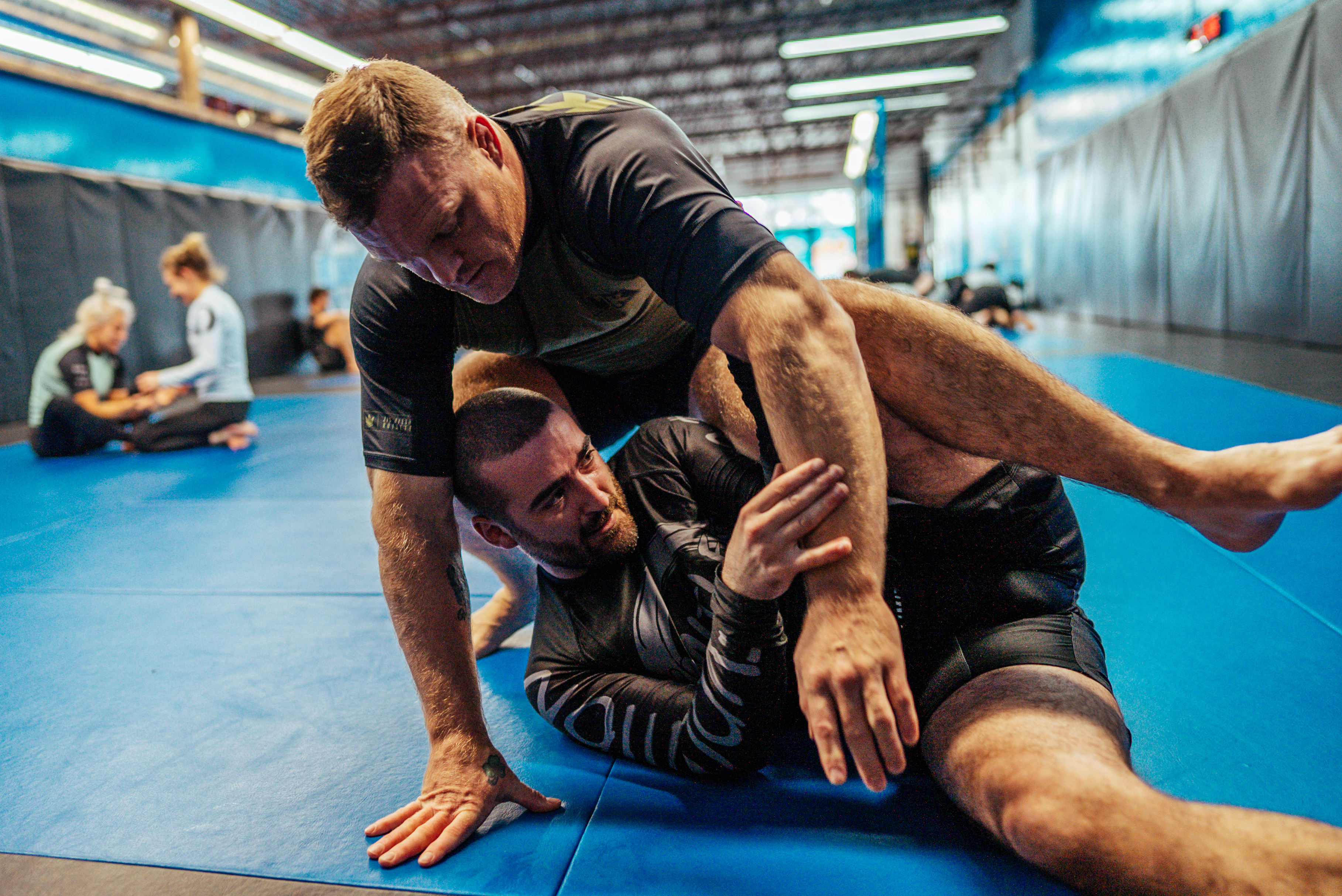 I’m a BJJ black belt who created the massively popular Jordan Teaches Jiu Jitsu YouTube channel, which has become a fan favorite in a short amount of time.

Why have I done this? Because I'm extremely passionate about Jiu-Jitsu and because I have a high level understanding of it.

As a coach, I’ve seen my fair share of injuries over the years. Each time they'd happen (either to me or to someone else), I would give my best to learn from them and understand how they could have been prevented.

That's how I’ve learned the value and importance of training BJJ in a smart way, eating right, and building the body properly. All for the sake of success and longevity on the mats.

Fast forward to today, I don’t want you to make the same mistakes that I’ve made. Mistakes, that have led to multiple injuries, unintentionally injuring my training partners, losing tournaments due to poor conditioning... And so much more.

I want you to train like I do now. With safety and longevity in the sport in mind.

I want to train forever. And I’m sure you do, too. 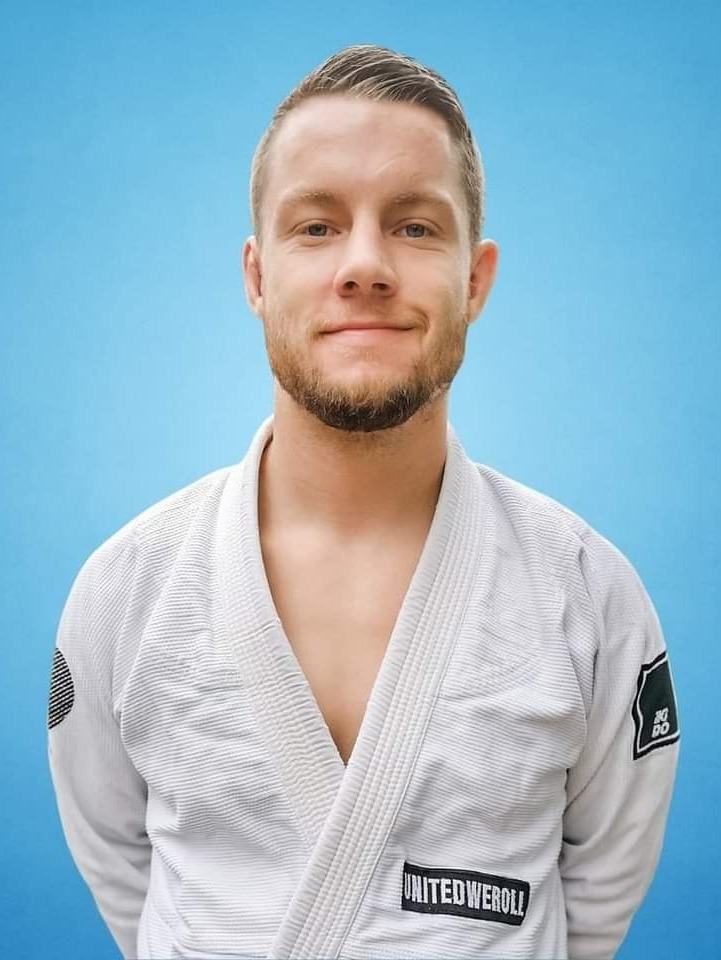 I remember it like it was yesterday... It was a usual rolling session, years ago – I paired up with a training partner and went for a hip throw.

But I forced the throw, and his foot was planted on the mat. So, his body went down but his leg stayed there; resulting in him dislocating his knee cap.

It was horrible. I still feel awful about it. I didn't mean to do it, of course; but I also didn’t know the difference between a safe takedown attempt and a dangerous one. So I just went for it.

Today, of course, I know what to look for. However, you shouldn't want to learn by doing.

Rather, let my mistakes and knowledge teach you how to keep others and yourself safe. 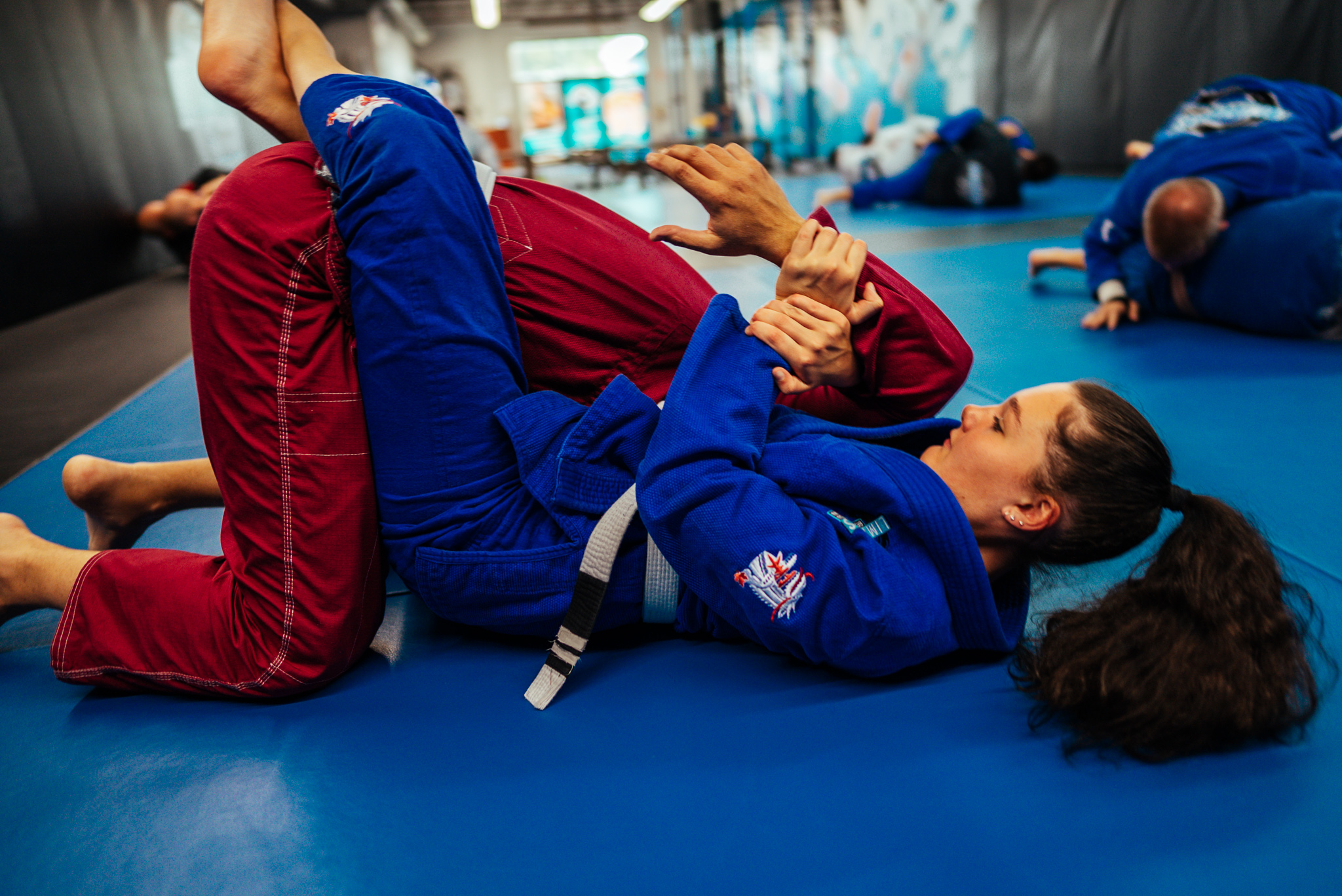 Wear and tear, as well as injuries, may not seem like a problem when you're 20 years old... But believe me –  if you don’t deal with these injuries on time, they will become persistent.

And if you’re in your 30’s, 40’s, or higher, then there's a much higher chance that your next injury will be a catastrophic one.

That elbow injury? It never really clears up. Your back hurts? Now it hurts even before you get to class.

In other words: if you don’t deal with and prevent these seemingly trivial injuries today, they will come back to haunt you in the future.

I have so many friends and teammates who are unable to train today due to their poor training habits and neglecting to keep their body healthy.

Take my friend Justin as an example. He’s a 4th degree black belt and his body will only let him train once week. If he’s lucky.
His neck, back, fingers, knees and more are all messed up after decades of grappling.

Could he have been training every day today if he took better care of his body back in the day, over all those years of hard training?
I think that he absolutely could have.

This course is the answer to that problem. It'll give you an answer on how to train BJJ for life; without your skill deteriorating due to overuse or injury.

The BJJ Performance and Longevity course has been built to give you the knowledge, tools, and tactics that will allow you to keep training, competing, and improving in Jiu-Jitsu to your maximum potential – for decades.

The course is divided into two sections:

My section is Mat Safety. It focuses on how to train in a smart way – as I explain over 20 common scenarios and positions in which people tend to get hurt during BJJ training.

I discovered the problems these scenarios and positions can cause through my own experiences, but also by watching hundreds of students rolling in my gym. These are everyday positions and most BJJ students worldwide are unaware that there’s any danger to them at all.

So, if you can avoid these dangerous movements and the injuries they cause, you'll give yourself the best chance of training for a long time and competing to your full potential.

I also cover training practices and mindsets that will keep you safe and improve your Jiu-Jitsu as fast as possible. 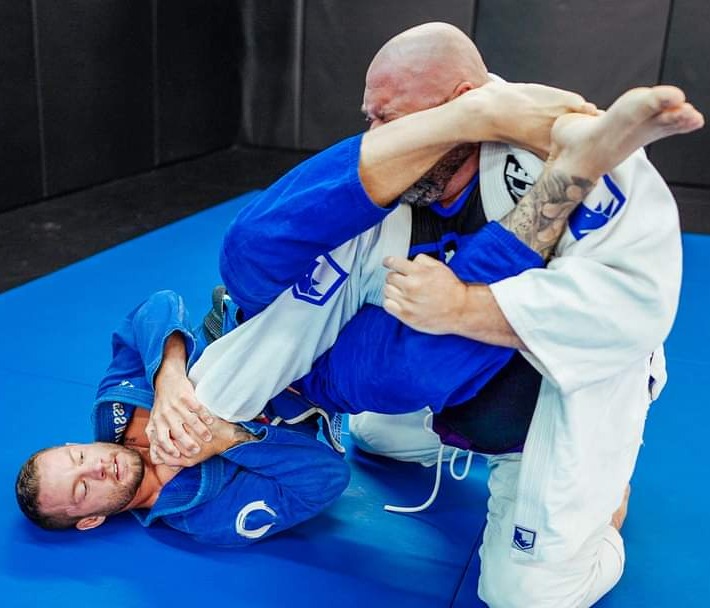 Each module covers the "how's" and the "why's" of training and comes with detailed manuals, tip sheets and tracking software.

Module 1: BJJ-specific nutrition
This section covers everything you need to know about nutrition theory, nutrition plans, what to eat, when to eat, supplements, hydration protocols, and much more!

Module 2: BJJ-specific strength & conditioning
Includes over 24 months of workout programs and is specifically designed to support your Jiu-Jitsu performance... With, among other things, close to 200 demonstration videos.

Module 3: BJJ-specific mobility training
This section features a variety of different mobility movements for warm-ups, cool-downs, and targeted “problem areas” for grapplers – such as shoulders, knees, and elbows. 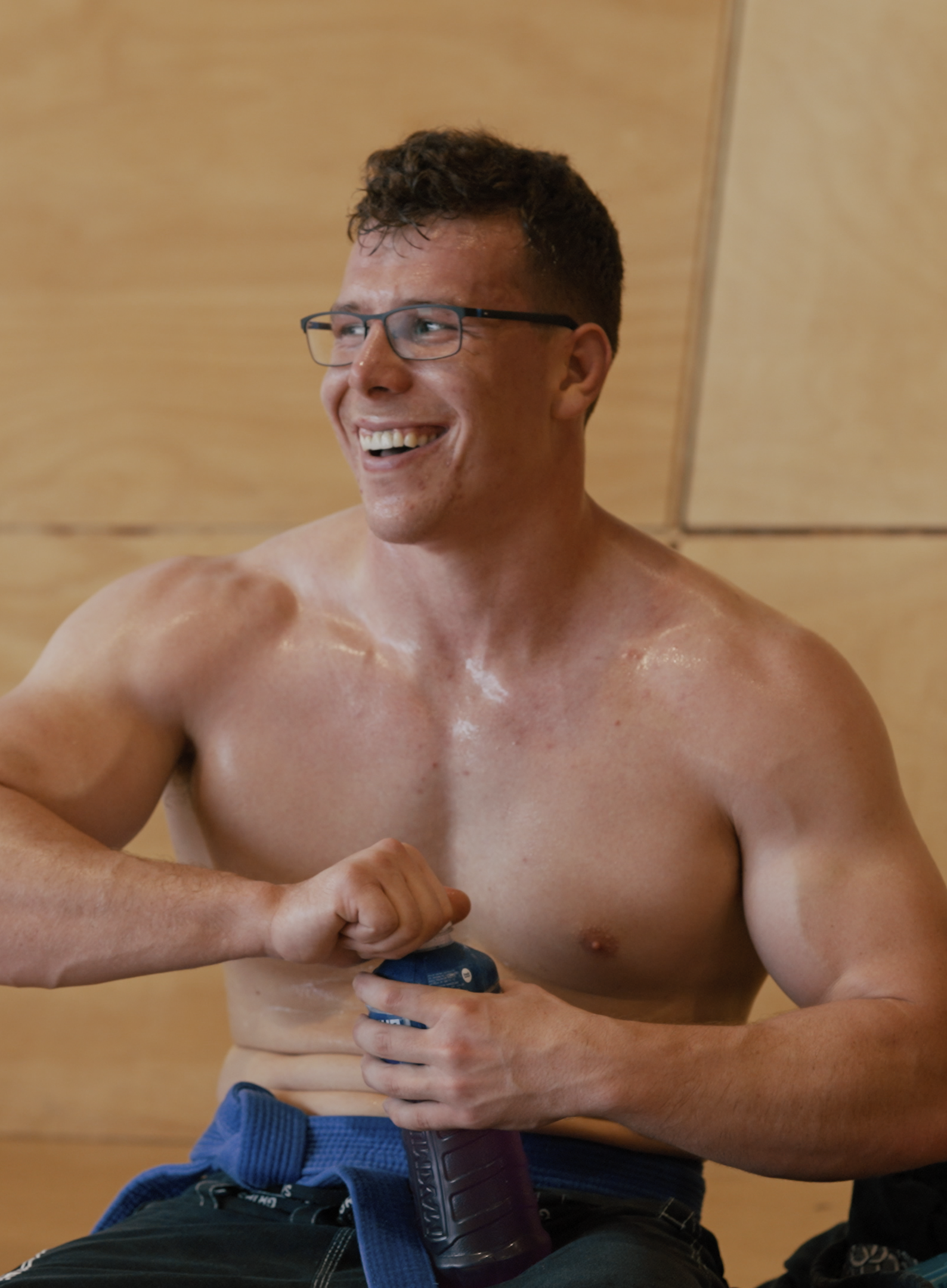 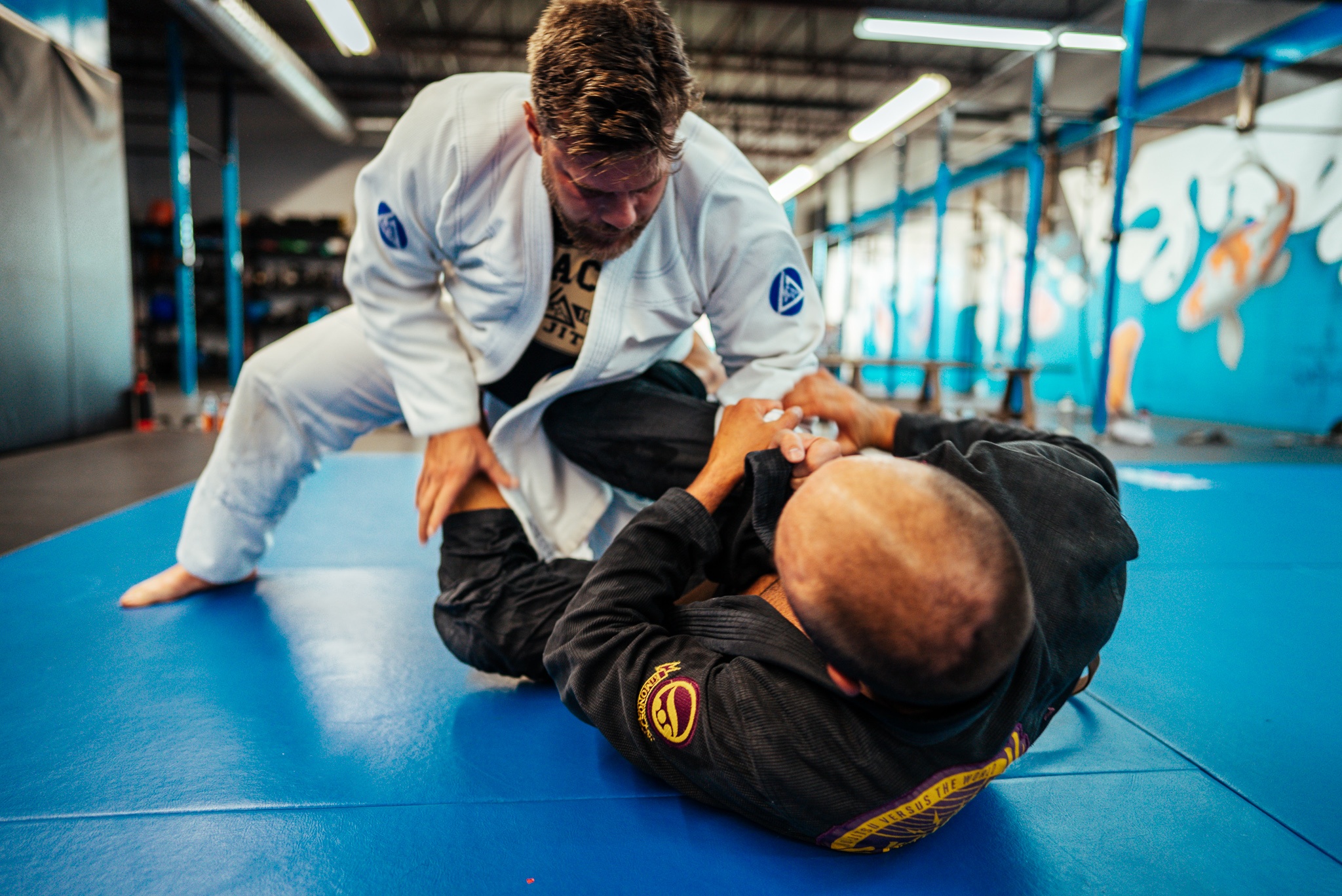 Get the BJJ Performance & Longevity course!
Send us an email